In remembrance of No-Whining Wednesday.

Well, hello again! It's Wednesday today, and you know what that means: No Whining! I have been pretty whine-y lately, I tell you what, and so today, I've decided I'm bringing NWW back. At least, for today. For me.

So, since it's been so darn long since I've read any blogs or written in my own, here's a nifty li'l meme I found courtesy of Saranga (she found it on Let's Fold Scarves). It seems like a swell way of getting back into the groove, so to speak, since Buffy is pretty much my favorite thing ever. I'll probably actually start tomorrow, to give me a chance to think about my answers (or maybe I'll start on #1 tonight, after work). I miss writing, I miss Buffy, and I miss me. 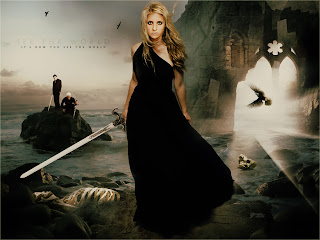 Should be a nice, gentle way to re-acquaint myself with the act of blogging. Lovely. I've also been thinking of a nice Real-Time Review of something awful (I Know Who Killed Me, specifically), but it's been too long since I've written anything, and I'm feeling fairly useless at it. So, we'll just take it nice and slow, and step back into it gradually. Here we go!

*Edited to change a "no" to a "know". Because I'm kind of dumb sometimes.

Posted by Anna von Beaverplatz at 11:23 AM 5 comments:

Well, would you look at that?

I was just looking over this here blog and notice I've not posted anything in MONTHS. SIX months, to be just a touch more precise. And I come back and there's all these fancy new templates, and about a billion spambot comments on my post about my dead cat. Awesome. Now I have to engage the comment moderation feature. Which I don't suppose matters since I'm sure everyone has forgotten this blog exists. Because of the not writing in it for SIX MONTHS. Dammit.

Remember when I used to blog at least once a week? *sigh* Ah, memories....
Posted by Anna von Beaverplatz at 11:49 AM 3 comments:

Labels: Blog? What's a blog?, blogging, Day Late and a Dollar Short, literacy yay, Sad, So much for "all the time", Why can't I write?

Thursday! It can't be! It's too gruesome!

Ode to a Spider I Saw on the Wall in the Kitchen This Morning:

Spider-guy, spider-guy,
doin' whatever a spider guy does.
He's small and brown and kind of creepy.
Running around, being... creepy.
Oh yeah- there goes the spider-guy under the microwave Jesus H. Jumping Christ on a unicycle please get a newspaper or something!

Thank you, thank you! I'll be here all week, ladies and gentlemen.

Except for an hour tonight at 6:00... I'm going to the diner. Spinach and tomato omelet, HERE I COME. GET IN MY BELLY.
Posted by Anna von Beaverplatz at 10:10 AM 5 comments:

Labels: Blog? What's a blog?, blogging, So much for "all the time" 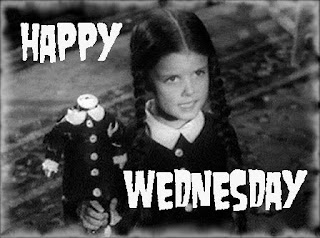 OMG. It's been over a MONTH since I made a post on this blogamabob thingie? What a slacker!

I suppose the truth of the matter is, I haven't had much to say. Everything's been on a fairly even keel; work's busy, what with it being year-end and all, but not horrible (I love my job, so even bad days really aren't bad); school's done for the semester, and I loved those classes, and I did well in them (an A in both), and I'm enjoying the break and looking forward to next semester; I've been catching up on re-watching Lost seasons 1-5 in preparation for the 6th and final season beginning on February 2nd (as of last night, I'm about 2/3rds of the way through s3, and the Bluray of s5 is on its way); I've also picked my Nintendo DS back up and continued on my way through The Legend of Zelda: The Phantom Hourglass, which is loads of fun and I'm excited about it; and I've also been trying to do some cleaning out, a little at a time, so I don't wind up being the subject of Misery Night Chat on the Facebooks and doing some pleasure reading so my brains don't rot from too much teevee.

Also, I think I've felt guilty for not posting any reviews on my other blog for the Cannonball Read. I've been reading; I read Ragtime and made notes and I just have to do the actual writeup and post it, but I haven't gotten around to it. I'm in the middle of two more books, and have a pile ready for after that. I'm just putting far too much pressure on myself to have some New York Times Book Review to put up, when I don't really need to do that, I think.

So, there are my excuses for not posting. I'm gonna get back to doing it regularly, though, I really am. I enjoy it, and I miss it, and there's no reason for me not to. A new year is coming, and as I've said elsewhere, I don't believe in resolutions, especially those based on an arbitrary point such as a calendar date, but I do believe in deciding to improve myself any old time. I've got books to read, and movies to watch, and I will write about them. So there. (That so there was really more for me than anyone else, by the way.) I hope everyone is having a wonderful holiday season, and isn't freezing to death like I currently am! Happy No Whining Wednesday, and Happy Aught Ten!
Posted by Anna von Beaverplatz at 9:59 AM 6 comments:

Labels: Blog? What's a blog?, blogging, Cannonball Read, No Whining Wednesday, So much for "all the time", Why can't I write? 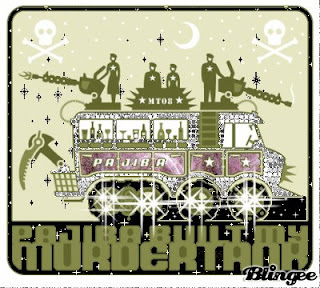 Well, Hello! I know I've been relatively sporadic about this here blog thinger the last couple of weeks. I've been having some "Why me?" time. But no more! Today is No Whining Wednesday, and therefore, there shall be no whining. Not even with PMS.

Even more importantly, though: it's Paheeba Day! If you don't know what that is, I recommend you check it out. The fierce womyns of Pajiba are taking over for the day, and it is amazing, because THEY are amazing. This is a seriously talented, beautiful, thoughtful group of people. Bonus: all the ad revenue for the day is going to Li'l Alabama Pink's college fund, so click on some ads! Believe me when I tell you, I'm against it on principle (because I hate ads, not because I hate Dustin. Dustin is awesome, and I want Pajiba to live forever!), and I will be clicking as much as I can today. Turning off adblocker and everything.

Side Note: In Cannonball Read news, I have still not quite finished my first book. I'm almost there, and hopefully over this weekend I'll be able to finish it up and review it. And, soon, the semester will be over and I'll have (allegedly) more time for reading, so maybe I can catch up to y'all crazy fast readers!

Anyway, time to run off to work. Don't forget to check out Paheeba Day, and click on those ads! Keep Li'l Pink edumacated and Pajiba running! And, don't forget to make lemons out of lemonade, or whatever!
Posted by Anna von Beaverplatz at 7:47 AM 1 comment:

Who the hell is

Anna von Beaverplatz
I enjoy to watch the moving pictures. Especially these new-fangled, how you say, "talkies". Also, I like cupcakes.

Here's some stuff I like to waste time on while I'm supposed to be working.

Read these. Seriously. These people rock my world.

People bored enough to read this, AKA "follolers"